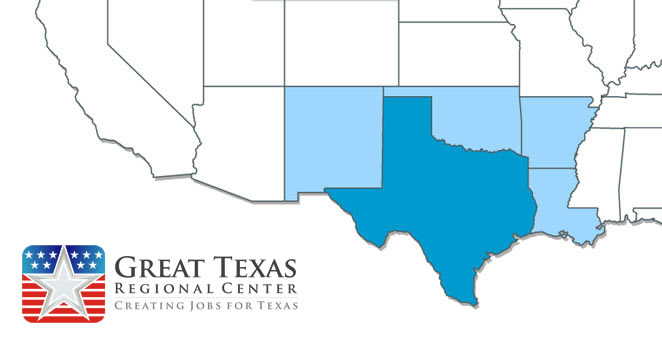 In the last 10 years, Texas added 732,000 net jobs. No other state tops one hundred thousand. With no state income tax and no tax on goods in transit, it’s no wonder Texas is home to over 50 fortune 500 companies and has more Fortune 1000 companies than any other state.

Texas isn’t just growing, it’s booming. If Texas were a country it would have the 11th largest economy in the world. Its annual economic output exceeds 1 trillion dollars and that number is climbing. As the largest exporter of goods in the United States, Texas grosses more than $100 billion a year in trade with other nations.

One Texas industry that thrived after the Civil War was cattle. Due to its long history as a center of the industry, Texas is associated with the image of the cowboy. The state’s economic fortunes changed in the early 20th century, when oil discoveries initiated an economic boom in the state. With strong investments in universities, Texas developed a diversified economy and high tech industry in the mid-20th century. As of 2010 it shares the top of the list of the most Fortune 500 companies with California at 57. With a growing base of industry, the state leads in many industries, including agriculture, petrochemicals, energy, computers and electronics, aerospace, and biomedical sciences. Texas has led the nation in export revenue since 2002 and has the second gross state product.

As of 2010, Texas had a gross state product (GSP) of $1.207 trillion, the second highest in the U.S. Its GSP is comparable to the GDP of India or Canada, which are the world’s 12th- and 11th-largest economies, respectively. Texas’ economy is the fourth largest of any country subdivision globally, behind England (as part of the UK), California, and Tokyo Prefecture. It’s Per Capita personal income in 2009 was $36,484, ranking 29th in the nation.

Texas’s large population, abundance of natural resources, thriving cities and leading centers of higher education have contributed to a large and diverse economy. Since oil was discovered, the state’s economy has reflected the state of the petroleum industry. In recent times, urban centers of the state have increased in size, containing two-thirds of the population in 2005. The state’s economic growth has led to urban sprawl and its associated symptoms.

In 2010, Site Selection Magazine ranked Texas as the most business-friendly state in the nation, in part because of the state’s three-billion-dollar Texas Enterprise Fund. Texas has the joint-highest number of Fortune 500 company headquarters in the United States, along with California.

Texas’s affluence stimulates a strong commercial sector consisting of retail, wholesale, banking and insurance, and construction industries. Examples of Fortune 500 companies not based on Texas traditional industries are AT&T, Kimberly-Clark, Blockbuster, J. C. Penney, Whole Foods Market, and Tenet Healthcare. Nationally, the Dallas–Fort Worth area, home to the second shopping mall in the United States, has the most shopping malls per capita of any American metropolitan area.

Mexico, the state’s largest trading partner, imports a third of the state’s exports because of the North American Free Trade Agreement (NAFTA). NAFTA has encouraged the formation of controversial maquiladoras on the Texas/Mexico border.

With large universities systems coupled with initiatives like the Texas Enterprise Fund and the Texas Emerging Technology Fund, a wide array of different high tech industries have developed in Texas. The Austin area is nicknamed the “Silicon Hills” and the north Dallas area the “Silicon Prairie”. Texas has the headquarters of many high technology companies, such as Dell, Inc., Texas Instruments, Perot Systems, Rackspace and AT&T. The National Aeronautics and Space Administration’s Lyndon B. Johnson Space Center (NASA JSC) located in Southeast Houston, sits as the crown jewel of Texas’s aeronautics industry. Fort Worth hosts both Lockheed Martin’s Aeronautics division and Bell Helicopter Textron.[149][150] Lockheed builds the F-16 Fighting Falcon, the largest Western fighter program, and its successor, the F-35 Lightning II in Fort Worth. 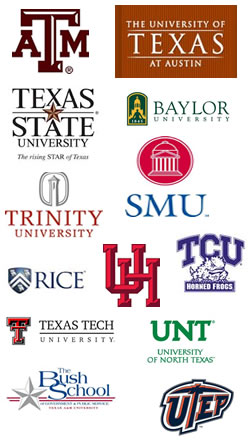 The state is home to various private institutions of higher learning—ranging from liberal arts colleges to a nationally recognized top-tier research university. Rice University in Houston is one of the leading teaching and research universities of the United States and is ranked the nation’s 17th-best overall university by U.S. News & World Report. Trinity University, a private, primarily undergraduate liberal arts university in San Antonio, has ranked first among universities granting primarily bachelor’s and select master’s degrees in the Western United States for 20 consecutive years by U.S. News. The former republic chartered the private universities Baylor University, University of Mary Hardin–Baylor, and Southwestern University.

Houston is one of only five American cities with permanent professional resident companies in all of the major performing arts disciplines: the Houston Grand Opera, the Houston Symphony Orchestra, the Houston Ballet, and The Alley Theatre. Known for the vibrancy of its visual and performing arts, the Houston Theatre District—a 17-block area in the heart of Downtown Houston— ranks second in the country in the number of theater seats in a concentrated downtown area, with 12,948 seats for live performances and 1,480 movie seats.

Founded in 1892, Modern Art Museum of Fort Worth, also called “The Modern”, is Texas’s oldest art museum. Fort Worth also has the Kimbell Art Museum, the Amon Carter Museum, the National Cowgirl Museum and Hall of Fame, the Will Rogers Memorial Center, and the Bass Performance Hall downtown. The Arts District of Downtown Dallas has arts venues such as the Dallas Museum of Art, the Morton H. Meyerson Symphony Center, the Margot and Bill Winspear Opera House, the Trammell & Margaret Crow Collection of Asian Art, and the Nasher Sculpture Center.

While American football has long been considered “king” in the state, Texans today enjoy a wide variety of sports.

Biosafety Level 4 (BSL-4) laboratories: one at The University of Texas Medical Branch (UTMB) in Galveston, and the other at the Southwest Foundation for Biomedical Research in San Antonio—the first privately owned BSL-4 lab in the United States.